Our mobile site is optimized for smaller screens.

TRY IT NO THANKS
Share
Home About Marietta Realty 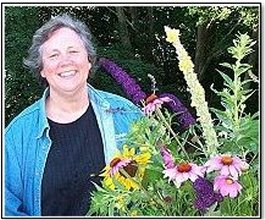 Marietta was born at Cape Cod Hospital and grew up in Harwich. Her parents started the Country Inn in 1948. Her father, Bill Derwin, was a designer and builder of Cape homes noted for their colonial-style detailing and craftsmanship. Her mother, Rose Glynn Derwin, was a teacher in what at the time was a new subject: home economics. She says dad was like Norm Abrams and mom, Martha Stewart - but each ahead of their times.

Shortly after obtaining her real estate license, she successfully completed the National Association of REALTORS' classes for the Graduate Realtor Institute (GRI) permanent designation. She qualified for the Certified Residential Specialist (CRS) designation in 1984, based on a dollar volume of transactions and continuing education classes. She has also completed the At Home with Diversity program. During her career she has been affiliated with local agencies in South Harwich, Orleans, Chatham and Brewster, giving her valuable real estate experience with areas outside Harwich. Her Certified Buyers Representative credential was obtained in 1998 to be able to accommodate buyers under the new MA agency disclosure laws. She studied under Diane Brothers, the national buyer agency trainer. She is also now one of only 500 Cape REALTORS (out of 2000 eligible) approved to use the SUPRA electronic lock boxes. Because lock boxes simplify getting buyers into listings, she strongly supports broader use of this timesaving device on the Cape. 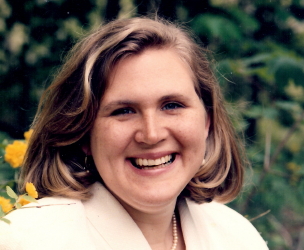 Margaret is the newest member of her family's real estate business, joining forces with her parents, Marietta and Jeff Nilson in 2005. In January 2011, Margaret became licensed as a Real Estate Broker. She lives in an antique house on Parallel Street in Harwich Center, next door to the antique house where she grew up.

Previously, Margaret was a senior manager at the U.S. Treasury's Community Development Financial Institutions (CDFI) Fund, a federal agency whose mission is to expand the capacity of CDFIs to provide credit, capital, and financial services to underserved populations and communities.  She was responsible for the Fund's flagship CDFI Program as well as the Bank Enterprise Award Program (which provides incentives to banks to increase their community development activities). While at the Fund, she developed and implemented the Fund's Native Initiatives Strategic Plan, including a multi-million financial education and technical assistance contract.

Prior to joining the Fund, Margaret was a Financial Economist for the U.S. Treasury's Office of Financial Institutions Policy where she focused on banking-related regulations and legislation affecting consumers (including the Community Reinvestment Act and the legislation creating the CDFI Fund).

Margaret holds a Master of Science degree in Public Management and Policy from the Heinz School of Public Policy at Carnegie Mellon University as well as a Bachelor of Arts in Economics from Simmons College in Boston, Massachusetts.  She was raised on Cape Cod and graduated from Cape Cod Academy. 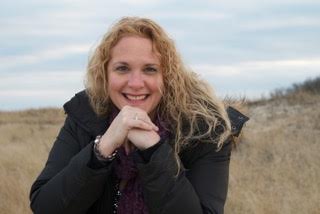 Beth is the newest member of Marietta Realty and joined our team in 2013. She grew up North of Boston, and she and her family owned a cottage in Dennisport her entire life. Her grandparents were the first to spend time on Cape at the Salt Air Village, a quintessential cottage colony by the sea on Old Wharf Road in Dennisport. Beth may not have grown up on Cape full-time, but she chooses to call the Cape her home because all of her happiest memories from childhood happened on the beautiful sandy beaches of Cape Cod. She had the opportunity to move here and is the third generation to buy on Cape having lived here now full-time for 17 years. Beth lives in an adorable little Condominium – not too far from her family cottage.

Beth graduated from Colby College in Waterville, ME with a Bachelor of Arts degree in Government. While there, she was accepted into a very highly held internship at ABC News NIGHTLINE, which prompted her to get her Master of Science degree in Broadcast Journalism at the then #1 rated school in the country, S.I. Newhouse School of Public Communications at Syracuse University in Syracuse, NY. Between College and Grad School, Beth worked in fundraising at Harvard Business School and Belmont Hill School respectively. She had a wonderful experience working with colleagues and donors from all over the World and raising funds for multi-million dollar Reunion and Capital Campaigns. When Beth moved to the Cape, she worked in Banking and Business Management before making the move to join the powerhouse Cape Cod mother/daughter Realtor team at Marietta Realty. She has always loved classic Cape Cod architecture and houses by the ocean and gets excited every time she pulls up to a new home that is listed “For Sale!” Beth loves helping people find their perfect Cape Cod getaway!